Huffington Post writer Lauren DeMates has her “Top 10” list up for the 2017 forces that shaped (in her opinion) sustainability.  Guiding her choice: “…many of 2017’s activities were prompted by the unprecedented attack on science and environmental protection by the Trump administration.  However, efforts to counteract the anti-environmental agenda and work towards a more sustainable society have been unprecedented as well…”
And in that context, she identifies the following:
#1 Rogue Federal Employees (standing up for science – the “dark state” Trump criticizes).
#2 Xiuhtezcatl Martinez and Earth Guardians (the “global tribe” of inspiring young activists, artists, musicians).
#3 One Million Women (building a lifestyle revolution to fight the climate crisis).
#4 Anthony Bourdain (the CNN featured commentator focused on food and travel who created the movie “Wasted” about food waste).
#5 Sub-national Actors Committed to the Paris Agreement (the growing number of cities, states, universities, business leaders pledging to uphold the 2-degrees commitment that the Federal government is working to abandon).
#6 Volvo Cars (after 2019, these will be electric and hybrids, to phase out fossil fuels).
#7 Lonely Whale (the initiative focused on the plastic waste polluting the oceans).
#8 Bears Ears Tribes (5 Native American tribes in Utah coalescing to stand up to the Federal government to preserve and protect their heritage and land).
#9 Mexico (leading in marine protection with the largest ocean reserve in North America, the infamous gyres).
#10 Climate Optimists (this initiative intends to remind us that hope beats fear – attitude inspires progress). The details shared are “a snapshot” of the many movers and shakers in 2017.  Lauren is a writer-researcher and co-founder of The Sustainability Co-Op, a shared space for guidance on integrating E and S considerations in daily life and understanding the global context in which issues are shaped.
AND, AN IMPORTANT UPDATE ON ISS’ EXPANSION INTO ESG
Last week’s Highlights newsletter focused attention on the expansion of the important ISS “QualityScores” for public companies (to include “E” and “S”) by Institutional Shareholder Services (ISS). 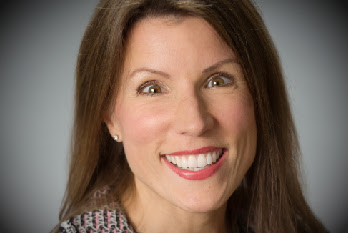 There are more details for you, including an interview with Marija Kramer, Head of Responsible Investment Business at ISS. This and more on ISS’ expansion of ESG in a complimentary management brief prepared by the G&A Institute team on our new platform – “G&A Institute’s To The Point!”.
Click here to check out the brief with our compliments!

Our Top Story For You…
Top 10 Movers And Shakers In Sustainability – 2017
(Tuesday – January 09, 2018) Source: Huff Post – A whole lot of moving and shaking was going on in 2017! Previous years’ movers and shakers stepped it up and new people and organizations emerged with innovative strategies to take on environmental issues. Many of 2017’s…